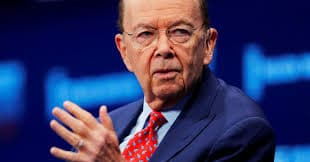 “The new president of Mexico [Andres Manuel Lopez Obrador] has changed his rhetoric quite considerably,” Ross said in an interview on CNBC’s “Squawk Box,” adding he expects “substantial progress” regarding trade within a year.

“He likes the idea of redoing NAFTA,” Ross said. “He’s got a very good team overlapping with the former president to conduct the negotiations.”

Trump threatened to raise tariffs to 20 percent on European cars coming into the U.S, and asked the Commerce Department to study whether vehicle imports threaten national security. The threat also hangs over negotiations with Mexico and Canada on NAFTA.

Earlier this month, Ross told CNBC that it was too “premature” to saywhether Trump’s auto tariffs would come to pass.

Ross has repeatedly defended the administration’s aggressive approach on tariffs, saying it will deter what the White House calls unfair trade practices that Trump pledged to end.

“We’ve been in a trade war since the end of World War II,” Ross said Thursday. He added the “trade war idea” is nothing new.

The Commerce Department under Ross first recommended imposing heavy tariffs or quotas on foreign producers of steel and aluminum in February in the interest of national security.

Since then, those steel and aluminum tariffs have been enacted on numerous nations, including allies Canada, Mexico and the European Union, which have launched retaliatory measures.

Trump has threatened to end the NAFTA trade pact with Canada and Mexico if a more favorable deal for the U.S. could not be reached.