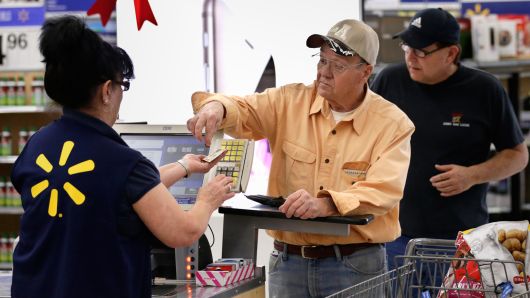 Consumer sentiment dropped below expectations at the beginning of July to a six-month low on rising fears regarding the Trump Administration’s trade battles.

Consumer sentiment fell to 97.1, according to the University of Michigan’s monthly survey of consumers. Economists expected a reading of 98.2, according to Reuters.

“The darkening cloud on the horizon, however, is due to rising concerns about the potential negative impact of tariffs on the domestic economy,” Richard Curtin, Surveys of Consumers chief economist, said.

In the most recent trade spat, U.S. President Donald Trump proposed a 10 percent tariff on Chinese goods which value $200 billion in trade annually. 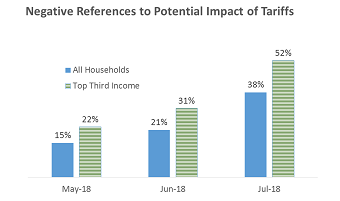 June’s preliminary reading was the highest the measure has been since hitting 101.4 in March, more than a point above May’s reading of 98.