This is how major corporations are actually spending their tax cuts 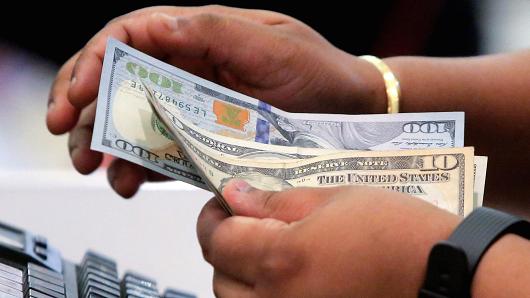 Critics of the Trump tax cuts repeatedly cited stock buybacks in arguments that corporations would spend any savings from the legislation to enrich shareholders rather than increase pay to employees. But the latest CNBC Global CFO Council survey found most chief financial officers saying their companies would be buying back stock with or without tax reform.

North American members of the CNBC Global CFO Council — who were calling for corporate tax reform for years before Congress finally passed the Tax Cuts and Jobs Act in late 2017 — say they did increase efforts to pay down debt and reward employees as a result of tax savings. Debt reduction and one-time bonuses were the two top uses of capital that CFOs (20 percent) directly tied to the tax cuts.

Four out of five CFOs who say their companies gave one-time bonuses this year say it only happened because of the tax change. Three of 10 CFOs putting money toward raising wages say tax reform made the expenditure possible. One Council member said the new tax law allowed their company to add a new education benefit and higher 401(k) plan match. Another CFO said their company used the extra funds to increase pensions.

Employee raises and share buybacks that occurred as a result of the tax cuts were cited by an equal number of CFOs (15 percent).

Stock buyback activity remains high, and was the No. 1 use of capital overall by corporations taking the survey.

Seventy percent, or 14 of the 20 North America CFOs responding to this quarter’s survey, say they have allocated capital toward buybacks in the first half of the year. But of that group, just three said the expenditure happened only because of tax reform. Additionally, only one of the nine CFOs with companies that raised dividends this year say the increase only happened because of the changes to U.S. tax law.

CFOs taking the survey also indicated that the ongoing trade war uncertainty stemming from President Trump’s tariff policy has not stopped them from taking advantage of the tax cuts. Sixty percent said the full benefits of the Trump tax cuts remain regardless of the trade risks. Forty percent say that uncertainty around trade is hurting their firm’s ability to take full advantage of tax reform.

(Note: The CNBC Global CFO Council represents some of the largest public and private companies in the world, collectively managing more than $4.5 trillion in market capitalization across a wide variety of sectors. Forty-three of the 103 current members of the CNBC Global CFO Council responded to this quarter’s survey, including 20 North American-based members, 17 EMEA-based members, and 6 APAC-based members. The survey was conducted from June 1–17, 2018.)