The ECB has lost its independence in the wake of the debt crisis, a former member claims 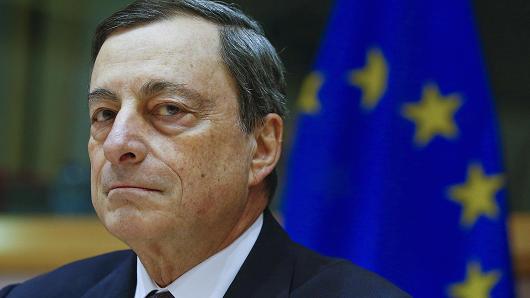 The European Central Bank (ECB) has lost its independence after gaining additional powers following the 2011 sovereign debt crisis, a former member of its Governing Council has told CNBC.

Panicos Demetriades, formerly head of the Cypriot Central Bank, served as an ECB Governing Council member between 2012 and 2014. He resigned from his post due to tensions with the Cypriot government over the financial crisis that then was taking place in the country. Media reports at the time suggested that the Cypriot government believed the central bank of Cyprus had made mistakes that led to a banking and subsequent financial collapse.

Demetriades told CNBC that he had received death threats and had to leave his post and Cyprus.

Speaking with CNBC in a phone conversation Monday, Demetriades said: “(ECB) President (Mario) Draghi has made his personal project to do ‘whatever it takes’ to save the euro and he’s been consistent with that. But that’s created some unintended consequences, such as the erosion of central bank independence, especially in the periphery.”

In July 2012, Draghi claimed he would do “whatever it takes” to restore the euro zone economy and save the euro. According to Demetriades, this led to a general perception that governments could do what they wanted, and that the ECB would be there to rescue their economy, no matter what.

As a consequence, central bank governors — who are appointed by national governments and have a seat at the ECB table — would do whatever it takes to protect their national economy, he said.

Demetriades added that this erosion of independence “started in Cyprus as a result of the unprecedented banking crisis in 2013… and continued in Slovenia and Latvia, more recently.”

In 2016, Slovenian authorities investigated the country’s central bank chief Bostjan Jazbec for “criminal abuse of office” and seized documents that contained ECB information. More recently, the central bank governor of Latvia, Ilmars Rimsevics, was ousted following allegations of corruption. He claimed he was the victim of a concerted campaign by several banks.

“It’s very telling what happened to the Latvian governor, if you want to get rid of your governor, you just need some serious allegations and you can get it done over a weekend,” Demetriades told CNBC.

“The accumulation of additional powers in the wake of the crisis, such as bank supervision and bank resolution, which are inherently more political, has created a backlash against central bank independence.”

The ECB did not want to comment on the issue when contacted by CNBC. But according to its website, “the political independence of the ECB is instrument to its primary objective of maintaining price stability.”

Europe’s central bank was given additional powers in the wake of the debt crisis that shook the continent to ensure a stronger financial stability. These included overseeing the balance sheet of the euro area banks and requesting additional capital if needed.

Arguably, the expansion of powers has increased the pressure on central bankers, who now have to deal with more than just ensuring the right level of inflation.