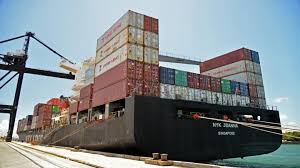 The U.S. economy is heating up as the year progresses, with the second quarter pointing toward some of the gaudy growth that President Donald Trump predicted when he was running for office.

While running for president, Trump promised his policies would push the economy toward growth he estimated as high as 6 percent.

The Atlanta district raised its forecast after a report Friday morning indicating a stronger-than-expected inventory build that raised the forecast one-tenth of a point.

Other trackers indicate stronger growth as well, though the central bank’s tracker is the most optimistic.

CNBC’s reliable Rapid Update, which looks at readings from top economists, sees the second quarter coming in at a healthy 3.7 percent. The New York Fed’s Nowcast is tracking a more muted 3.1 percent gain.

The buoyancy comes amid an economy operating close to full employment, with an unemployment rate at 3.8 percent, inflation still hovering at or below 2 percent, and business and consumer confidence strong.

The Federal Reserve is watching growth closely, and is likely to increase interest rates next week at its two-day policy meeting.

Earlier this week, the U.S. economy got an important vote of confidence from both legendary investor Warren Buffett and J.P. Morgan Chase CEO Jamie Dimon.

“Right now, there’s no question: It’s feeling strong. I mean, if we’re in the sixth inning, we have our sluggers coming to bat right now,” Buffett told CNBC, adding that “right now, business is good. There’s no question about it.”

“The way I look at it, there is nothing that is a real pothole,” Dimon added. “If you look at how the table’s set, consumers are in very good shape.”