Oil could skyrocket to $100 as summer gets into full swing, RBC’s Helima Croft says 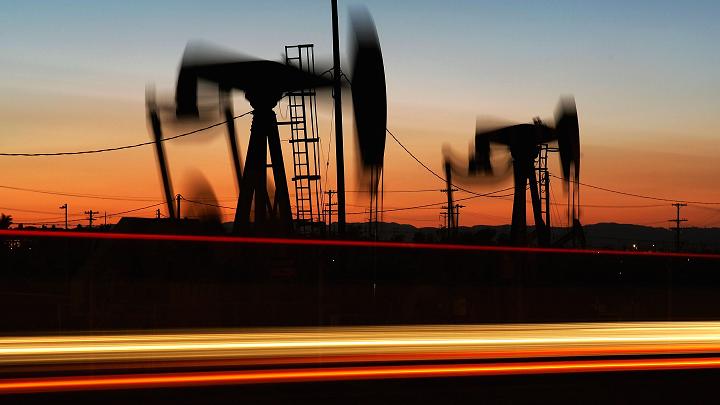 Global oil prices took a hit in the last week, but a confluence of factors could carry Brent to its highest levels in more than three years this summer, according to one commodities market veteran.

“People are throwing out the $100 level. I don’t have that as my base case, but I could see us getting there,” Helima Croft, global head of commodity strategy at RBC Capital Markets, told CNBC’s “Futures Now” on Thursday.

According to Croft, a few geopolitical chess pieces have to be in place before oil can scale those heights. First, conditions in Venezuela, the embattled oil-producing economy whose economy is in free-fall, must continue to deteriorate.

Venezuelan production has taken a sharp turn lower, with the country facing an economic crisis of food shortages and spiking inflation. Oil output declined to a multi-year low of 1.505 million barrels per day in April, according to the Organization of Petroleum Exporting Countries.

“I would argue that we need to see Venezuelan production continue to drop at the current pace. I think that’s a given,” said Croft.

Separately, higher tensions in the Middle East, particularly Iran, would also pave the way for higher oil prices in coming months, Croft added. President Donald Trump announced earlier this month that the U.S. would withdraw from the 2015 Iran nuclear deal. Allies involved in that agreement including France and Germany had pushed for the U.S. to remain within the deal.

“I think we have to see a real decision on the Iranian leadership to formally withdraw from the nuclear agreement and restart their nuclear program,” she said.

“I think that is actually the catalyst to moving significantly higher because once they break those seals and start re-spinning those centrifuges, I think we’re in a whole new risk environment in the Middle East.”

A number of bearish factors also need to be minimized, most notably any action that might hurt demand in Asia, says Croft. Tensions between the U.S. and China over trade and fraught negotiations with North Korea are topping the list right now.

“We also to have any fears of a trade war stay on the sideline, we have to have the North Korea situation remain sort of contained,” she said.

Trump said Friday his administration has reopened talks with North Korea, only a day after he canceled a planned June summit with leader Kim Jong Un. The scuttled meeting had sent U.S. oil prices sharply lower on Thursday, but Trump suggested the summit may yet go on as planned.