Consumers expect smaller gains in income than a year ago, May sentiment survey finds 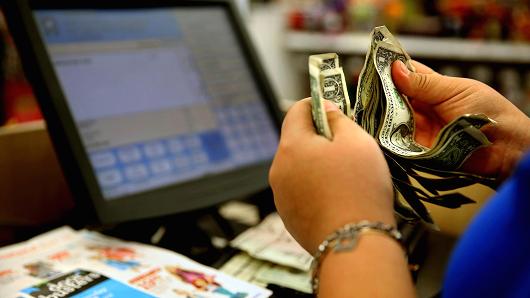 U.S. consumer sentiment came in weaker than expected on Friday in the final reading of May.

The University of Michigan’s survey of consumer attitudes reached 98 in the latest reading. Economists surveyed by Reuters expected it to hit 98.8, the same from a month earlier.

“The May survey, however, found that consumers anticipated smaller income gains than a month or year ago, even though they anticipate the unemployment rate to stabilize at its current 18-year low,” chief economist Richard Curtin said in a statement.

Consumer references to discounted prices on items such as vehicles and homes fell to decade lows, according to Curtin.

“The pace of growth in personal consumption will remain at about 2.6 percent during the year ahead,” Curtin said.

The measure has only dipped slightly since soaring to its highest level since 2004 in March, with a reading of 101.4.