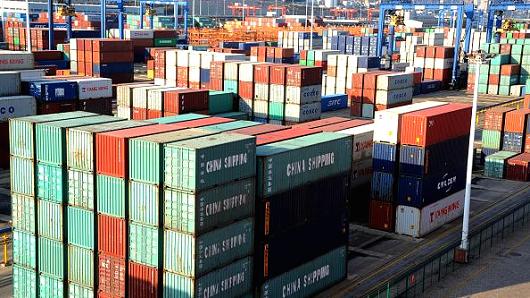 China’s April imports jumped 21.5 percent and its exports grew 12.9 percent against the prior year-ago period.

Both of those figures, denominated in U.S. dollars, topped analysts expectations: A Reuters poll had predicted 16 percent import growth and 6.3 percent export growth.

Of note, the country’s trade surplus with the U.S. expanded to $22.19 billion in April — compared with a surplus of $15.43 billion in March, customs data showed.

For January-April, China’s trade surplus with the United States was $80.4 billion.

That news comes against the backdrop of intensive conversations between Donald Trump’s administration and Beijing about trade issues, including a demand from the American side to close the trade gap between the two countries.

The world’s two largest economies have threatened each other with tens of billions of dollars’ worth of tariffs in recent months, leading to worries that Washington and Beijing may engage in a full-scale trade war that could damage global growth and roil markets.

—Reuters contributed to this report.