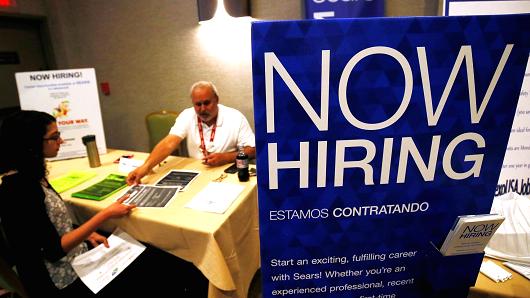 U.S. employers hired more people in April than last year, according to the LinkedIn Workforce Report, a monthly analysis of employment trends.

Hiring across the U.S. was 19.8 percent higher last month than a year earlier, the LinkedIn data showed. Compared with March, the seasonally adjusted hiring figure was 2.1 percent higher. 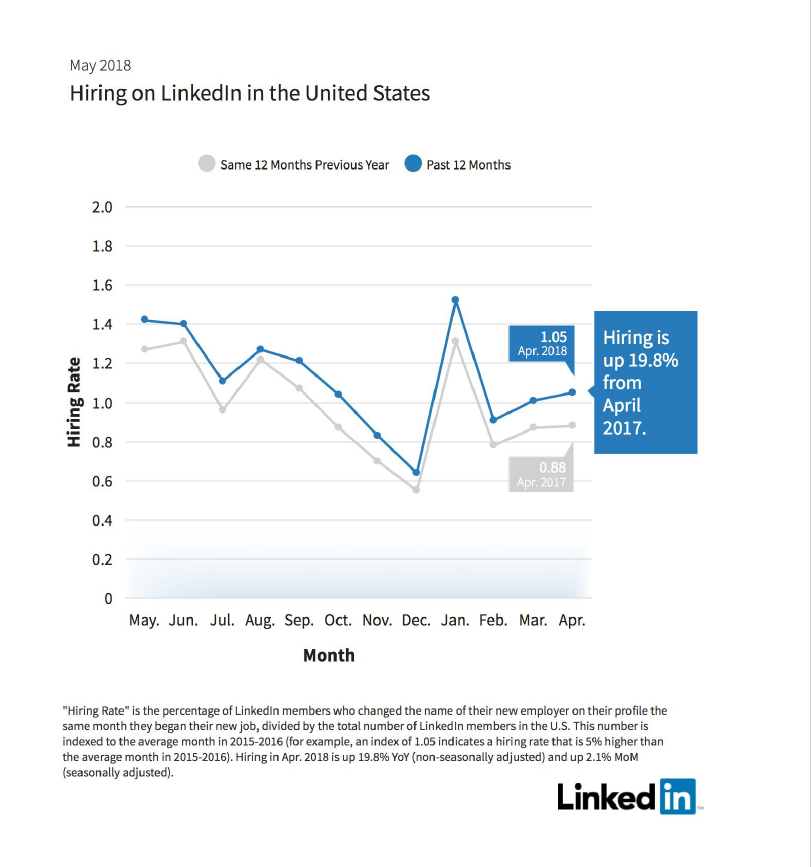 The sectors with the biggest year-over-year increases were aerospace, automotive, and transportation, 23.3 percent higher; financial services and insurance, up 22.2 percent; and manufacturing and industrial, 17.3 percent higher.

The report noted that the U.S. is in need of people with marketing skills.

“Small businesses may not have resources for a full-time marketing hire, but they still need these skills — which range from social media and digital marketing to market research and branding,” LinkedIn said.

The hiring rate is the percentage of members who changed the name of their new employer on their profile the same month they began their new job, divided by the total number of LinkedIn members in the U.S., according to the company.