Risks to the global economy will begin materializing in 3 years ‘at the latest,’ says UBS chairman 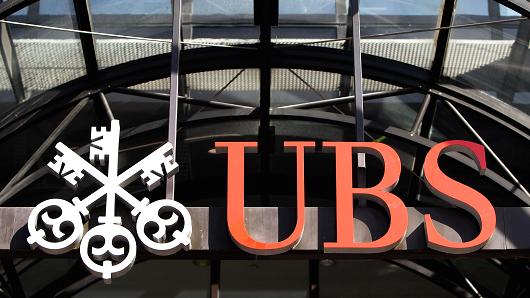 “We’re at the end of a long recovery and, two to three years from now, at the latest, some of the risks could materialize. The recession risks are increasing,” Weber told CNBC’s Joumanna Bercetche this week at the Spring Meetings of the International Monetary Fund and the World Bank.

The IMF this week kept its forecast for 2018’s global growth at 3.9 percent which, if it materializes, would be the fastest expansion since 2011. But the agency warned that global debt levels have hit a record, and governments should start reducing their indebtedness and build buffers for “challenges that will unavoidably come in the future.”

Financial institutions should also brace for such risks, said Weber, adding that he thinks banks have become better prepared compared to before the last crisis.

UBS doesn’t see a trade war coming
Like many in the industry, Weber said he doesn’t think a full-fledged trade war will happen as a result of the ongoing dispute between the U.S. and China.

But, he added that it’s time to reassess Beijing’s role in the World Trade Organization, especially given projections that China will one day become the world’s largest economy. Weber added that companies from around the world should be allowed to do business in China more freely.

There are already some signs of China opening up: UBS last year became the first foreign bank to receive a license that allows its wholly-owned asset management unit in China to service domestic institutional and high-net-worth investors.

“When we do business in China, we do it in the form of (joint ventures). We should be able to go in on our own or partnerships in Chinese subsidiaries above 50 percent or even 100 percent,” he explained.

“That’s the way global institutions should be able to do business in China,” he added.