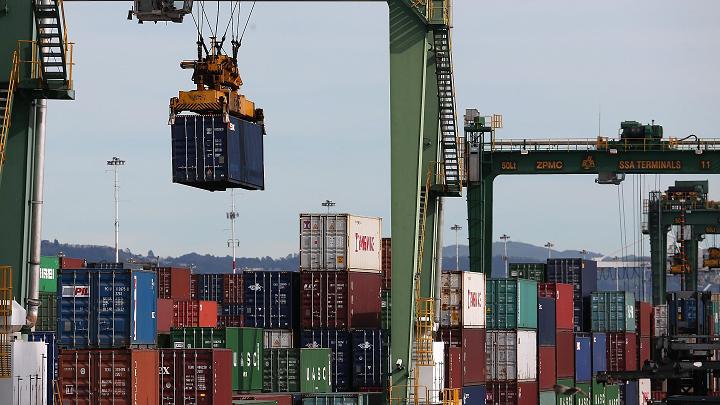 Worries of a disruption to the global trading system have escalated in recent weeks, but the chief executive of a major Australian bank said the international trading system is fundamentally here to stay.

“So there will be a fundamental need to continue trade,” he said in an interview.

ANZ, the third-largest lender in Australia, has spent the last few years fine-tuning operations to focus on corporate and institutional clients — helping them to move products and money around the Asia Pacific region.

That business focus may make ANZ more vulnerable to any disruption to the global trading system.

In recent weeks, the U.S. and China threatened to impose tariffs on each other’s goods. The International Monetary Fund’s managing director Christine Lagarde on Wednesday warned that the system governing global trade is at risk of being torn apart.

But Elliott said the bank has not been hit by the escalating trade tensions between the two largest economies in the world. If the situation deteriorates, some direct impact is likely, the CEO acknowledged, adding that the bigger worry is that the conflict could hurt the wider economy.

Australian banking could see changes in mortgage practices  1 Hour Ago | 02:55

“I don’t think businesses like any kind of conflict, trade war because it really raises the level of uncertainty and makes people really cautious,” he said.

Elliott explained that, if the current situation escalates into a trade war, consumers and businesses would tighten their purse strings. That could affect economic growth — a scenario that’s “not good for anybody.” That’s especially true for Australia, a trade-dependent country.

In addition to a potential trade war, the Australian banking sector is subject to a probe by the Royal Commission — the country’s most powerful type of federal inquiry — for years of misconduct that allegedly include interest rate rigging and money laundering.

The Royal Commission’s inquiry has put the spotlight on how Australia’s four largest banks — which together control about 80 percent of the home lending market — have dominated the industry and impeded competition.

The probe will ultimately result in positive changes in the industry, Elliott said, adding that it’s been a “real wake up call” for banks. The scrutiny also came at a time when Australian banks face mounting pressure to grow their revenue in an ever-changing environment.

“We’re in a much more constrained environment for a whole range of reasons,” he explained. “The economy’s going okay but not stellar. You’ve got a lot of regulatory change that has just kind of put a little bit of a lid on growth.”