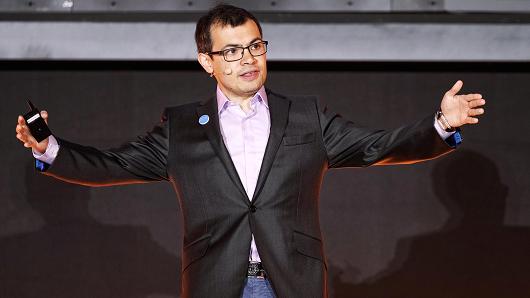 Google’s parent company Alphabet is increasingly commercializing the technology coming out of its artificial intelligence research unit DeepMind, four years after acquiring it.

Alphabet operates other AI research groups, but DeepMind has been doing more futuristic work, like teaching computer systems to beat top-ranked players of the Chinese board game Go. DeepMind is one of Alphabet’s so-called Other Bets, but in pushing the technology closer to Google, commercial applications are becoming more real. At Facebook and Microsoft, A.I. research groups churn out technology that find their way into marketable products.

Google, which generates 99 percent of Alphabet’s revenue, has drawn on DeepMind’s software already. In October, the company said its virtual assistant had adopted a DeepMind AI model called WaveNet to speak more like a real person. In 2016, Google said it had drastically decreased the expense of cooling its data centers using DeepMind’s wizardry.

“Compared to the control (where no re-ranking was done), we saw a 20 percent increase in the app install rate from the ‘You might also like’ suggestions,” Google employees Ananth Balashankar, Levent Koc and Norberto Guimaraes wrote in a 2016 blog post.

Within Google services, people can spend money when interacting with the Google Assistant, and they can also pay for apps they discover in the Google Play Store. But a Google cloud developer tool offering up voices built with WaveNet is a more pronounced example of Google taking advantage of DeepMind’s smarts.

Google’s two bigger cloud rivals — Amazon and Microsoft — both have services for turning text into speech. The DeepMind branding associated with the Google service could present an opportunity for premium pricing; the DeepMind-powered voices from Google cost four times more than a comparable tool from Amazon. (Google offers cheaper voices that don’t use WaveNet, and it gives away free access for fewer than 1 million characters of text every month. Amazon also has a free tier.)

DeepMind has steadily increased its headcount of researchers, and the unit now has 700 employees. Each week they churn out academic papers describing their latest achievements.

There has also been an expansion of DeepMind’s relationship with Google. A “DeepMind for Google” team formed in London, the city where DeepMind is based, in 2014, and a similar team set up shop at Google’s Silicon Valley headquarters last year.

On an earnings call two years ago, an analyst from Sanford Bernstein asked about DeepMind as a financial driver. Here’s how Google CEO Sundar Pichai responded:

“Looking at the pace of progress, I think we will have AI in a form in which it benefits a lot of users in the coming years, but I still think it’s early days, and there’s a long-term investment for us.”