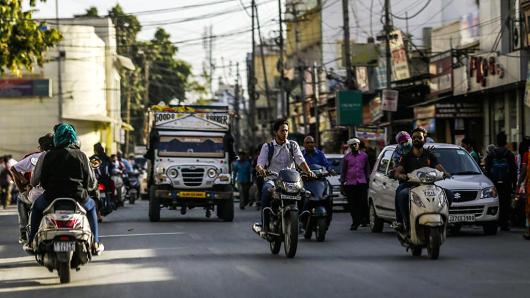 After several headwinds over the past year, India is now back on track for growth of up to 8 percent per year, former IMF Chief Economist Raghuram Rajan said Monday.

But India, the third-largest economy in Asia, “needs stronger growth than that,” noted Rajan, who was also the country’s former central bank governor.

“Without doing anything extraordinary, India should be running at 7.5 to 8 percent real GDP growth a year,” he said at the Credit Suisse Asian Investment Conference in Hong Kong.

“(But) India needs stronger growth than that. It needs to get to the Chinese level, the 10 percent that China had in the early 2000s,” added Rajan, who’s now a finance professor at the University of Chicago Booth School of Business.

That’s because there are 12 million people joining India’s workforce every year and the country needs to produce enough jobs — good ones — for them, Rajan said.

To get there, the country needs “significant reforms” in its land acquisition processes, he said.

Land-related conflicts are behind many stalled industrial projects in the country, Reuters reported previously. Resolving that would make India a better place to do business and expedite development plans, Rajan said.

But land acquisition is “extremely political” in India, and Rajan said he doesn’t see the current government led by Prime Minister Narendra Modi willing to burn some political capital to solve the issue.