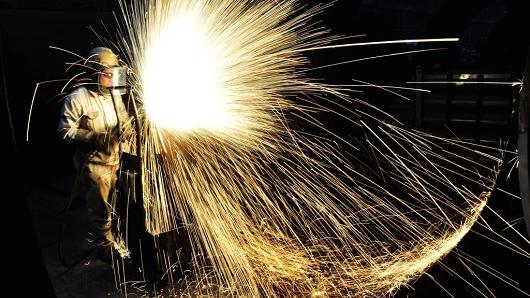 Heavy tariffs and quotas on steel will hurt China, but other countries may well bear the brunt of such measures.

“The fact is that China does export a lot of steel and aluminum to the United States, but frankly, Canada, Brazil, Mexico, other countries import more steel than does China,” said Max Baucus, former U.S.ambassador to China, which is the world’s top overall steel exporter.

On Friday, the Commerce Department recommended imposing heavy tariffs or quotas on foreign producers of steel and aluminum in the interest of national security, following a trade investigation of imports. The metals are used in a wide range of industrial applications including infrastructure and cars.

President Donald Trump and his administration announced the investigation into steel and aluminum importation in April. It sought to determine whether the imports posed a threat to the country’s national security.

The recommendations call for tariffs on multiple countries, although Trump could determine that specific nations should be exempt, based on the economic or security interests of the United States.

The president could also consider a country’s willingness to work with the United States to address global excess capacity and other challenges facing the U.S. aluminum and steel industries.

The U.S. is the world’s largest steel importing country. The top shipper of steel into the U.S. is Canada. Large Asian exporters — and American allies — that may be implicated include South Korea and Japan.

According to Commerce Department data, China was not among the top 10 sources of U.S. steel imports in the period between January to September 2017.

China’s Commerce Ministry said the U.S. investigation report was “baseless.” Beijing will take necessary measures to protect its interests if the final decision affects the country, the ministry added.

South Korea’s trade ministry said in a statement that it had met with executives from steelmakers, and agreed to make outreach efforts until Washington reaches a final decision, Reuters reported.

Separately, Seoul also plans to take a dispute to the World Trade Organization against the United States for imposing high anti-dumping duties on the country’s steel products in 2016.

Baucus told CNBC it’s more effective to target the issue of over-capacity together with other countries than focus on punitive actions like tariffs that will lead to trade disputes.

“It’s clear that’s there’s over capacity in the world … it’s also clear that China is very culpable here. China is the culprit, China is the country that causes the most overcapacity. I think the answer to this is basically: Go after the problem, go after over capacity,” Baucus said.

Nomura said in a note on Tuesday that if Trump accepts all the recommended measures, U.S. steelmakers will become more profitable. The move will also hasten consolidation and streamlining in non-U.S. countries.

Trump must respond to the reports by April 11 and 19 for steel and aluminum, respectively.