Powell says Fed will be vigilant for financial stability risks 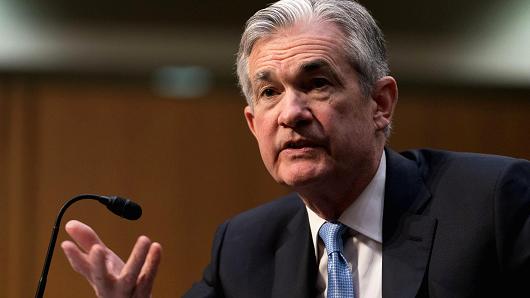 Federal Reserve Chair Jerome Powell, at a ceremonial swearing-in as head of the central bank, said on Tuesday the Fed would keep watching for financial stability risks and preserve “essential” improvements in financial regulation since the 2007-2009 crisis.

Powell, speaking on the heels of a market rout that shaved 10 percent from the value of major U.S. stock indexes, said the Fed would “preserve the essential gains in financial regulation while seeking to ensure that our policies are as efficient as possible. We will remain alert to any developing risks to financial stability.” He officially took over last week.

Powell officially took over last week, but on Tuesday a ceremonial swearing-in was held and attended by family and friends.

The oath was administered by Randall Quarles, the Fed’s vice chair for financial regulation and a longtime colleague and acquaintance of the new central bank chief.

Powell takes over the Fed after a period of relative calm in financial markets was disrupted by jitters over rising interest rates and U.S. budget deficits.