Trader: Give gold ‘a little bit of time’ and it’ll start trading like a safe haven again 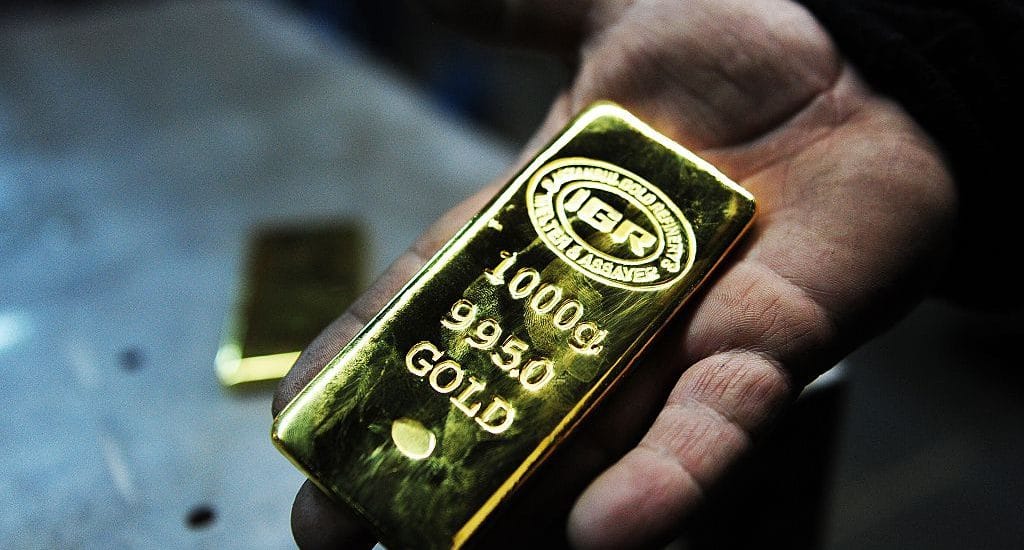 All that glitters certainly wasn’t gold this week, with the traditionally safe-haven asset sinking amid Wall Street’s massive sell-off.

But one longtime gold watcher says now could be the time to buy — if you are a patient investor.

“Give it a little bit of time,” Mike Dudas, partner at Vertical Research, told CNBC’s “Futures Now” this week. “We’ve just come off a tumultuous last four or five days in the equity markets and everything’s getting re-based.”

The inverse relationship between stocks and gold should reestablish itself as volatility returns and erratic moves become more commonplace, predicted Dudas. The Cboe Volatility Index (VIX), which measures market volatility, spiked on Monday to its highest settlement since 2011. Three months earlier, the index had settled at an all-time low.

“As things settle down and we get much more volatility in the marketplace, I think gold is going to find a bid,” he said. “With the advent of the short-vol trade being busted, more equity volatility, bond markets moving higher with inflation expectations increasing, I think that’s very important.”

In the near term, Dudas forecasted an upside target of $1,355 an ounce for gold. He maintained a year-end price target of $1,400. Such a level implies 6 percent upside from current levels.

Gold prices declined by nearly 2 percent in the month so far, failing to find buyers already fleeing sharp sell-offs in the stock market. As the Dow Jones Industrial Average slumped more than 1,000 points on Monday and Thursday, gold prices saw moves of less than 1 percent.

Not a good week for gold or stocks

This week, the Dow’s worst since crisis-stricken 2008, gold has also dropped in its worst performance of the year. This marks its second week in a row that blue chip stocks ended in the rred.

Recently, bullion has underperformed markedly when compared to other periods of market duress. During the 2008 crisis when the S&P 500 Index lost 57 percent in market capitalization, gold rose 24 percent. Earlier, in the bear market from 2000 to 2002, the S&P lost 49 percent while gold added nearly 13 percent.

“The fundamentals are good,” but investors appear overstretched on some of their bets, and are adding to the selling pressure, Dudas explained. That re-positioning “could limit some of the upside in some of the commodities,” said Dudas.

Gold prices are up just 0.7 percent so far this year, while crude has fallen 2 percent, copper 7 percent, and silver 5 percent.