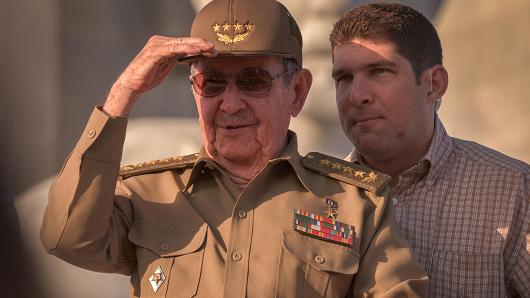 A creditors group wants Cuba to begin talks on more than $1 billion in unpaid commercial debt from the 1980s — a key hurdle if the country ever hopes to attract large-scale foreign investment.

Buchheit, who is well known for international debt restructurings such as the one for Greece, said Cuba “will need to clean those Augean stables” before major investors will consider putting money into the island.

Julian Adams of Adelante Asset Management, head of the ad hoc London Club Committee of investors who own defaulted Cuban debt, said creditors prefer a negotiated settlement. However, if that does not happen, they could resort to the courts. Measures they could pursue include seizing assets and interrupting Cuba’s international payments and trade.

Adams said the committee put “a good faith offer” on the table in January in an effort to resolve the long-standing issue, which prevents Cuba’s re-emergence into international capital markets. The island has been given 50 days from Feb. 5 to respond.

A representative of Raul Castro’s government did not respond to a CNBC request for comment.

Cuba accumulated billions in unpaid loans and debts under the late Fidel Castro. Mexico, Canada, Australia, France, Italy, Japan and in particular the former Soviet Union, all lent millions, if not billions to the Castro regime in the ’70s and ’80s. Much of it went unpaid for four decades.

About five years ago, the Cuban government began steadily restructuring those loans with creditor countries and received large debt forgiveness. Mexico wrote down 70 percent of nearly half a billion dollars in debt in November 2013. The same year, Russia forgave 90 percent of the $32 billion it said Cuba owed for financial support provided by the then-Soviet Union during the Cold War.

A major achievement was Cuba’s agreement in 2015 with the Paris Club, an organization headquartered in the French Ministry of Finance and made up of officials from creditor countries who negotiate with nations that can’t pay their bilateral loans.

The Paris Club announced an additional 14 countries, mostly European, had agreed to massive debt forgiveness for the island. Cuba owed those countries roughly $11.1 billion in debt, including past due interest. The amount was written down to only $2.5 billion.

According to Reuters, under the terms of that deal, Cuba’s repayment schedule was backloaded through 2033, with no money due during the first year. In addition, many of the countries agreed to discount the debt even further in exchange for the potential profits stemming from future joint business ventures.

The commercial creditors say their offer to the Cuban government is even more generous than that agreed to by the Paris Club. Adams says the offer made to the Cubans gives them even more time before they make the first payment, and that creditors may be willing to change their debt holdings for future equity investments.

Many of the London Club members have held this debt for decades. Spending money on expensive attorneys signals they believe now is the time that a deal might actually be achieved.

Due to the ongoing U.S. embargo against Cuba, Buchheit had to obtain a special license from the U.S. Treasury because he is an American.

Whether the Cuban government actually wants large-scale foreign investment is unclear. During the thawing of relations between the U.S. and Cuba under the Obama administration, hundreds of international companies, many of them American, went to Cuba looking for opportunities. The number of deals achieved was few; mostly tourism deals that would bring much-needed foreign exchange to the cash-crunched communist regime.