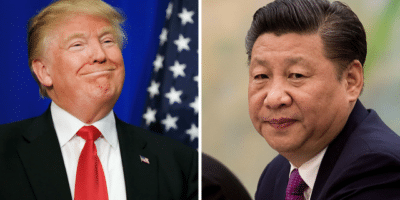 China’s global power may eclipse that of the U.S. if government leaders prioritize “twentieth-century” issues like manufacturing and the military, according to global risk consultancy firm Eurasia Group.

Investors “don’t understand just how much the rise of China – the stable rise of China – both economically and, most importantly, technologically is completely changing the nature of the global marketplace,” said Eurasia Group President Ian Bremmer. “China is now already an economic superpower … and they are clearly a technological superpower as well.”

Bremmer was speaking with CNBC’s Mike Santoli at the TD Ameritrade Conference in Orlando, Florida.

President Donald Trump’s emphasis on jobs and the economy, a doctrine called “America First,” may have a net negative effect on the security of the United States, according to Bremmer. The administration has taken the tack of challenging global interaction and longstanding trade agreements, hoping that a domestic focus will offer greater economic development.

But Bremmer argued that without global participation, the U.S. could fall behind its technologically-advanced rivals like the Chinese.

To be sure, U.S. economic strength has been on the rise, with labor markets approaching full employment and signs of inflation finally returning in some parts of the economy. Equity markets, too, have posted record performance, with the Dow Jones industrial average and the S&P 500 notching multiple records last month.

Still, Bremmer argued that the U.S. has gotten lucky that no major crises have disrupted markets since President Trump’s inauguration.

“The fact is we haven’t had a crisis: There’s not been a major terrorist attack that Trump’s had to react to, there hasn’t been a major cyberattack, same thing,” he said. “Over the course of four years of Trump or eight years of Trump, the likelihood that there’s going to be one or two or more crises that test him personally is actually quite high. And you have to ask yourself, do the Americans have the resilience, does the world have the resilience to handle that?”

“That’s when the markets are going to freak out.”