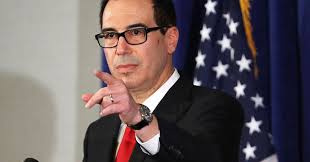 “Fundamentally, this has been a game changer for U.S. businesses,” Mnuchin said in a “Squawk Box” interview from the World Economic Forum in Davos, Switzerland. “You’re going to see massive investment coming back to the U.S.”

“As the president said, we were with many CEOs last night that said as soon as the tax plan was changed, they’re moving operations to the U.S.,” Mnuchin said.

Mnuchin added he thinks that, “for the foreseeable future, we’re going to have a strong economy.”

Earlier on Friday, he told CNBC his recent remarks on the U.S. dollar were misunderstood.