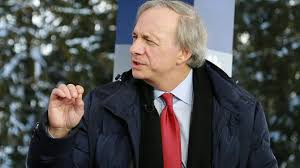 The bonuses and wage increases seen after the passage of the GOP’s tax overhaul won’t change the wealth gap in America, hedge fund giant Ray Dalio told CNBC on Tuesday.

Several major companies announced they would give employees one-time bonuses or higher wages as a result of the cut in corporate taxes.

The bonuses won’t “move the needle” on the wealth gap, the founder and chairman of Bridgewater Associates told “Squawk Box” at the World Economic Forum in Davos, Switzerland.

The changes might result in “a one time 10 percent pass-through of that benefit in terms of trickling down to workers,” Dalio added.

Dalio, whose hedge fund has about $160 billion assets under management, has previously spoken out about what he believes is a wealth conflict in the United States.

He said the middle class has suffered the most from soft income growth.

The middle class “has the only rising death rate the world,” he said. “It has opioids and suicides. It has a number of issues that are there.”

Dalio founded Bridgewater in 1975. It’s the world’s largest hedge fund. Dalio is now worth an estimated $17 billion, according to Forbes.