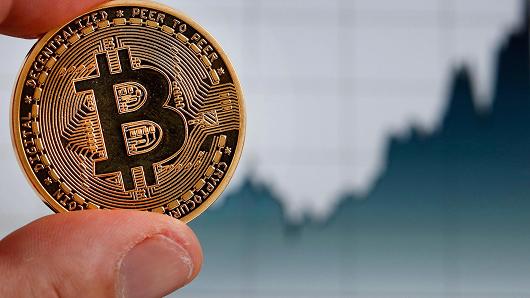 Bitcoin and ethereum — the first and second largest virtual currencies by market value — appeared to stabilize after Wednesday’s lows.

Bitcoin fell as low as $9,199.59 on Wednesday morning, but bounced back to $11,218.84 as of Thursday at 5:40 a.m. ET, according to CoinDesk, which tracks prices from cryptocurrency exchanges including Bitstamp, Coinbase, itBit and Bitfinex. It was up 0.7 percent in the last 24 hours.

Ripple’s XRP, which is also known as ripple, surged more than 30 percent to $1.42 a coin, according to data from CoinMarketCap. The digital currency — which is controversial among crypto enthusiasts due the firm behind it being backed by big banks — fell as low as 90 cents the previous day.

Experts told CNBC earlier this week that investors had been “spooked” by news of regulatory crackdowns from both South Korea and China.

China, separately, is reported to be deepening its clampdown of its digital currency market. According to reports from Bloomberg and Reuters, the country is planning to ban the centralized trading of digital currencies.

“Trade volumes were very noisy yesterday as the bulls and bears fought it out and some sort of calm has appeared on the markets after what has been a severe correction,” Charles Hayter, CEO of digital currency comparison site CryptoCompare, told CNBC in an email Thursday.

“New has a lot to play with this,” Hayter said, adding, “this market is now big and governments are sensing revenue for the coffers as well as a threat in some degrees. This will catalyze regulation where regimes who legislate severely will balkanise themselves to the industry.”

Hayter said that regulation of cryptocurrencies “will be good in the long run,” but warned that “unnecessary hoops and bureaucracy” could inhibit the industry’s potential.

Regulators have expressed concerns over digital assets due to their extremely volatile nature and worries that they could be used for illicit activity.

Mati Greenspan, senior market analyst at eToro, said: “Now that the reasons for the recent sell-off are more clear to everyone and the slightly sour regulatory concerns have been priced in and the Asian premiums are evening out, traders will most likely start focusing on the technicals. So barring any unforeseen breaking news, traders should start looking for a bottom.”

Greenspan told CNBC Tuesday that South Korean and Japanese investors often pay a premium of “20 percent or more per coin.”