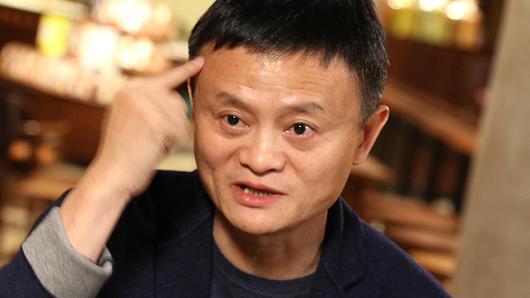 Ma made the comments at an event in the city on Monday in response to remarks made by Hong Kong Chief Executive Carrie Lam about how she hoped Alibaba would consider returning to Hong Kong to list, an Alibaba spokeswoman said.

“Daring to speak like this marks a strong commitment so we will definitely seriously consider the Hong Kong market,” Ma said in response to Lam’s speech, according to a transcript provided by Alibaba.

The Alibaba spokeswoman said there were no further details available on what any Hong Kong listing plan could involve.

Alibaba held its record $25 billion public float in New York in 2014 after Hong Kong, its favoured venue, refused to accept its governance structure where a self-selecting group of senior managers control the majority of board appointments.

Hong Kong is now set to allow dual-class shares under rule changes to be proposed by the city’s stock exchange as it raises the stakes in its battle against New York for blockbuster Chinese initial public offerings. Such shares grant differentiated voting rights and underpin the alternative governance and shareholding structures favoured by many owners of new age industries such as technology.

Over $3 billion worth of Alibaba shares were traded on Monday, based on Reuters calculations using NASDAQ data. The stock closed at $190.33, with 16.23 million shares traded.

That compares with the Hong Kong Exchanges and Clearing Ltd’s(HKEX) average daily securities turnover of HK$88.2 billion ($11.28 billion) in 2017.

Shares in HKEX, the city’s exchange operator, rose as much as 3.1 percent to HK$270 on Tuesday, their highest level since July 2015.

Analysts said that an Alibaba listing in Hong Kong could help drive more funds from the mainland towards the city and could convince other big firms, in particular technology-related ones, to list in the financial hub.

“If the trading volume in Hong Kong is even better than that in the U.S., it will send out a signal to other new economy new listings that Hong Kong is a much better place for a listing than the U.S,” said Steven Leung, sales director at UOB Kay Hian in Hong Kong.

For Alibaba, it could provide greater access to investors closer to China who are familiar with its business and allow it to benefit from the Hong Kong government’s growing support for financial services innovation, said James Lloyd, Asia-Pacific FinTech leader at consulting firm EY.

The HKEX said in December that it had begun drafting specific rule changes for allowing dual-class shares that will be put up for a formal public consultation in the first three months of 2018.

Under the planned rule changes, “innovative” Chinese companies with a market capitalisation over HK$10 billion and a primary listing on the New York Stock Exchange, Nasdaq or the London Stock Exchange would be able to seek a secondary listing in Hong Kong. The HKEX has not yet defined what “innovative” is.

“We are also creating a new route to secondary listings in Hong Kong to attract companies from emerging and innovative sectors. We are aware that many successful new economy companies already listed in the US and UK would benefit from these reforms,” wrote Charles Li, chief executive of HKEX, in a blog post last month when the proposed changes were put forward.

Just 3 per cent of Hong Kong listings in the past decade, by market value, have been so-called “new economy” companies, compared with 47 per cent for the New York Stock Exchange, according to a discussion paper published by the HKEX in June.

Some analysts said technical issues and underlying concerns about the dual-class structure still needed to be resolved and fine tuned.

“The main concern is about the protection to minority investors under the dual structure,” said Linus Yip, chief strategist at First Shanghai Securities.