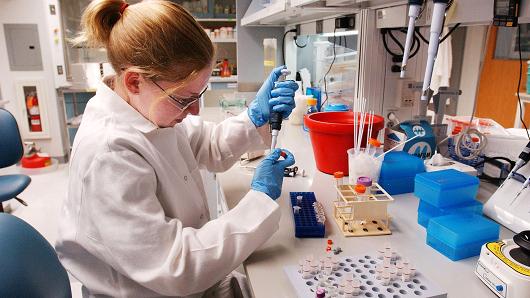 Bristol-Myers Squibb will record a $3 billion charge in the fourth quarter of 2017 as a result of the U.S. tax reform law passed last month, the drugmaker said in a regulatory filing on Friday.

The expense is primarily related to taxes on unremitted offshore earnings, the company said.

Bristol said the charge will affect its previous forecast for net earnings per share and its tax rate, but will not have an impact on its outlook after adjusting for one-time items.

Changes under the Tax Cuts and Jobs Act include a permanent reduction in the corporate income tax rate to 21 percent from 35 percent. It also exempts U.S. corporations from U.S. taxes on most future foreign profits, sets a one-time tax for U.S. business profits now held overseas, and prevents companies from shifting profits out of the United States to lower-tax jurisdictions abroad.

Bristol-Myers said it is still evaluating all the provisions of the legislation and currently estimates that the net impact on its adjusted tax rate will be roughly neutral in 2018.

The drugmaker plans an update when it provides a full-year outlook on Feb. 5.