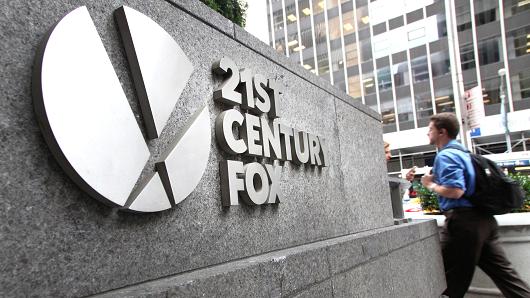 Media giants Disney and 21st Century Fox appear to have restarted deal talk, The Wall Street Journal reported on Saturday, despite speculation that the conversation between the two parties had cooled off.

The Journal, citing sources familiar with the matter, said that a deal by Disney to purchase some of 21st Century Fox’s assets was “gaining momentum” — in line with a CNBC report from last month that said the two sides haven’t completely given up on striking an agreement.

According to the WSJ, the talks are focused largely on 21st Century Fox’s movie and TV studio assets, in addition to key U.K. and India media holdings. Neither Fox News or sports network FS1 are expected to be included in a deal, the sources told the publication.

The talks center on the Twentieth Century Fox movie and TV studio, international assets such as Fox’s 39 percent holding in U.K. satellite TV provider Sky SKYAY -0.24% PLC and India’s Star TV, along with some U.S. cable networks. Fox News, the Fox broadcast network and sports network FS1 aren’t expected to be sold in any transaction, the people said.

A representative for Disney did not immediately return CNBC’s request for comment.

In November, CNBC’s David Faber broke the news that Disney had approached 21st Century Fox about a deal to acquire the movie and television assets, which would allow 21st Century Fox with a tighter focus on news and sports. While the talks had cooled, sources told Faber the idea hadn’t been completely abandoned.

Shares of Disney rose modestly on Friday to trade above $105, while 21st Century Fox’s stock traded up near $32.

The Wall Street Journal’s full report can be found on its website.