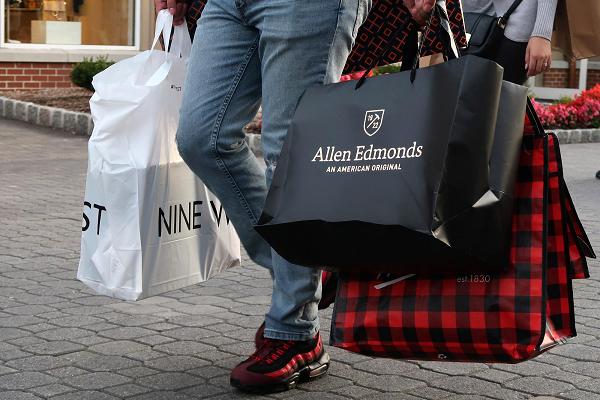 U.S. consumer sentiment saw slight gains in November compared to the mid-month reading, though the index remained below the decade high reached in October.

The University of Michigan’s survey of consumer attitudes for November rose to 98.5 in a Wednesday release. The measure was forecast by Reuters economists to hit 98.

The indicator has remained largely unchanged in 2017, which reflects American consumers’ increasing confidence and certainty about their income and employment prospects, said Richard Curtin, chief economist for the Surveys of Consumers.

“Increased certainty about future income and job prospects has become a key factor that has supported discretionary purchases,” Curtin said in the survey release.

While the longevity of the record economic expansion — the second-longest since the mid-1800s, Curtin says — leaves room for caution, he notes that “neither changes in fiscal nor monetary policies have yet had any noticeable impact on consumer expectations.”

He also says that the data indicate “the best runup to the holiday shopping season in a decade.”

An earlier reading this month saw consumer sentiment tumble to 97.8, a much weaker number than forecast by economists who predicted little change from month to month.

The measure soared to 101.1 on Oct. 13 — the highest level since 2004 — but has deflated steadily in subsequent readings.

Expected changes in inflation rates for the following year, also tracked in the survey, are expected to creep up to 2.6 after landing at a 10-month low at 2.4 in October.