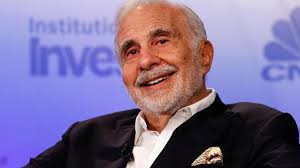 Carl Icahn has bought a 13 percent stake in SandRidge Energy, becoming the latest shareholder to oppose the company’s deal to acquire Bonanza Creek, according to a Securities and Exchange Commission filing.

SandRidge is an oil exploration and production company based in Oklahoma City. Last week, it announced a $746 million deal to buy rival Bonanza Creek. But the activist investor Fir Tree Partners, which owns more than 8 percent of SandRidge, on Monday said it opposed the deal, saying the price is too high.

Icahn also has stakes in CVR Energy and Cheniere Energy.