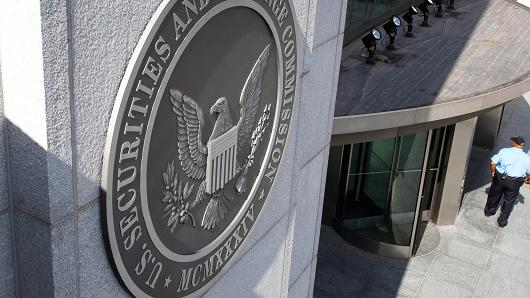 Add online brokerage accounts to the list of things that can be hacked for gain.

A Pennsylvania resident describing himself as a day trader piggybacked off trades made in hacked brokerage accounts to generate $700,000 of illicit profit, federal prosecutors in Brooklyn and the Securities and Exchange Commission said Monday.

Joseph Willner faces charges of fraud and conspiracy for a scheme involving at least one unnamed co-conspirator. The two communicated their trading strategies through private online messaging services and Twitter and split the profit in the form of bitcoin payments.

The two carried out the scheme involving the hacked retail brokerage accounts for nearly three years, beginning contact with each other in 2014 and then beginning the trading in 2015, according to a criminal complaint filed in the U.S. District Court for the Eastern District of New York. The Securities and Exchange Commission also filed its own civil case.

Willner, 42, was first approached about the trading scheme in 2014 and thought his co-conspirator seemed “shady.” But the two would eventually begin trading.

“Legal trading too hard,” the co-conspirator messaged to Willner.

“Seriously bro I need your help to rebuild or I will be knocked out [o]f the game,” Willner messaged back.

The trading was mostly in penny and small-cap company stocks, including more than $12,000 in profit off shares of racetrack and casino operator Canterbury Park Holding Corp., during pre-market hours or after-hours trading. They grossed more than $14,000 off trades in American Independence Corp., an insurance company that has since been taken private, and more than $13,000 in shares of Xenith Bankshares, where shareholders have just approved its sale to another bank.

The scheme involved placing short sale offers in targeted stocks through Willner’s brokerage account and then placing buy orders for the same stocks through the victims’ accounts at prices that matched Willner’s sale offer. Willner was able to amplify profits because the trades were put on at artificially high prices, prosecutors said.

A short sale involves borrowing stock to sell it with the goal of buying it back later at a lower price to pocket the difference. It is essentially a bet a stock will decline in price.

Willner had told the co-conspirator his views on the market in prior messages. “There are also Russian and Chinese hackers that can make money on our market at will,” he messaged. “So makes me wonder why I continue to play in a rigged game with no advantage and no cheating while foreigners use as ATM.”

The SEC said at least 110 victims are involved and that its investigation is ongoing.

“Account takeovers are an increasingly significant threat to retail investors, and it is exactly the type of fraud our new Cyber Unit is focusing on,” said Stephanie Avakian, the SEC’s co-director of the Division of Enforcement. “We are committing substantial resources to combating cyber-based threats to protect investors and our markets from intruders who manipulate the system for their own illicit gain.”

Prosecutors say the brokerage firms involved lost $2 million in connection with the conspiracy.