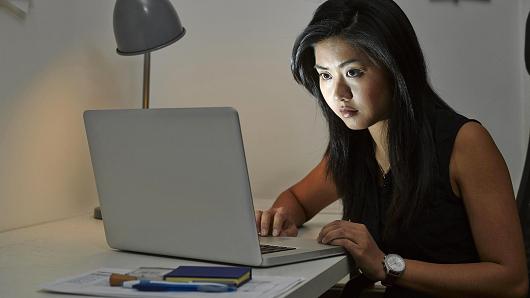 Financial professionals are taking online financial technology (fintech) courses to fend off competition and stay ahead of disruption.

The boost in uptake is due in part to a feeling among those in the industry that financial technology has reached a turning point in its evolution.

A report from Citigroup in 2016 caused widespread debate when it estimated that between 2 million and 6 million jobs would be lost in banking across the U.S. and Europe over the next 10 years.

That was attributed to both automation and artificial intelligence (AI), innovation and the rise of more efficient and less cost-intensive challenger banks. Santander’s fintech-focused venture capital fund, Santander InnoVentures, estimates cost savings for banks that implement blockchain technology as high as $20 billion per year by 2022.

Highly-regarded educational institutions are also being forced to innovate and provide the resources to the financial industry to up-skill and stay ahead of an ever-steepening curve.

According to a report from e-learning software provider Docebo, online education in general is set to grow by 5 percent over the next decade and generate over $240 billion by 2023.

LinkedIn also joined the sector as early as 2015, buying online education firm Lynda for $1.5 billion. Lynda has finance and technology courses, including ones that aim to help business executives implement tech into their firm.

Meanwhile, South African start-up GetSmarter has capitalized on the uptrend and is the software and online campus provider for the Said Business School at Oxford University’s new online fintech course.

At the time of the program’s mid-October start date, nearly 1,000 people from across 71 countries had enrolled, with the U.K. accounting for a third of sign-ups.

Here’s where the numbers get interesting. About three-quarters of participants are currently working in financial services, with half having more than 15 years’ experience in the industry.

Over half the students are company leaders, with many listing job titles such as managing director. And a large proportion are employed by the world’s biggest banks, including Bank of America, Barclays, CitiBank, Deutsche Bank, HSBC, Standard Chartered and UBS. 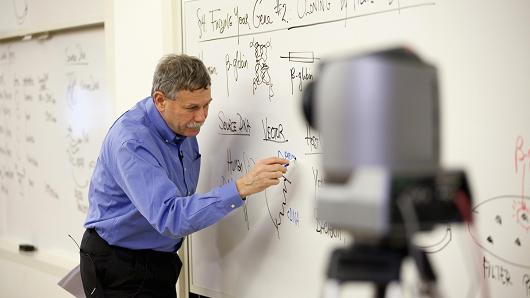 Peter Tufano, dean at Oxford’s Said Business School, told CNBC: “Fintech is an exciting, fast-moving and important phenomena. By collaborating with partners from around the world, practitioners in all the major financial sectors, and GetSmarter, we are able to offer something that is up-to-date and useful to not just our program participants, but the world.”

GetSmarter was acquired by American education technology giant 2U for over $100 million in July as it looks to join the non-degree focused line of online course offerings.

The Nasdaq-listed 2U has had a good 2017 itself after posting a year-on-year increase of 32 percent on its top line in the second quarter. The company’s stock is up over 110 percent year-to-date and it is scheduled to report third-quarter figures on November 7.

An online student forum for a course from Oxford University showed that the main topic of conversation was cryptocurrency bedfellows bitcoin and ether. But other topics for these students, including some top executives, will likely be the industry-changing impact of blockchain or how to best serve a changing consumer with the latest in AI and big data technology.