Tax reform ‘not fully priced in’, and it could be the spark that extends the rally, Russell’s Doug Gordon says 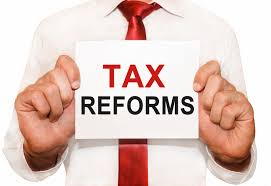 Russell Investments’ Doug Gordon sees a catalyst that could prolong the bull run.

He believes the odds of a Republican tax reform plan becoming a reality is rising, and the markets may just be starting to realize it.

“Once we got the budget passed, that was an important hurdle,” the firm’s senior portfolio manager said this week on CNBC’s “Trading Nation.”I don’t think we have it [tax reform] fully priced in as of yet.”

Gordon’s comments came as stocks were rallying to another historic close. All three indexes — the Dow, S&P 500 Index and Nasdaq — closed at record highs. The S&P 500 and Dow have now seen six weeks in a row of gains.

Even though Gordon predicted there’s more upside left in this bull market, he acknowledged that it has moved into the late stages — and said it’s vital for investors to be prepared.

“We could get those irrational exuberance kind of moments. I don’t think we’re quite there yet, but it certainly makes an investor’s best decision to be decision to be diversified,” he added.

Gordon, who manages portfolios for private and public pension funds, has zeroed in on a few spots which could reap solid gains for investors.

He likes small cap stocks, noting the group could emerge as big winners if tax reform is ultimately passed.

Gordon also favors going outside the country for opportunities.