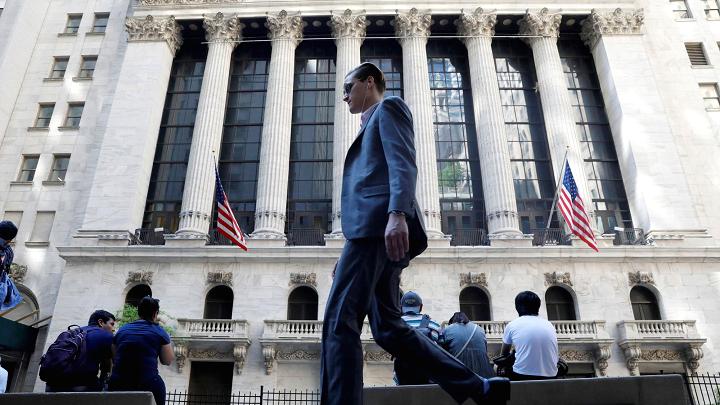 Online micro-lending company Qudian is about to go public at the New York Stock Exchange on Wednesday, and it’s set to be one of the largest U.S.-listed floats by a Chinese company this year.

In its prospectus, Qudian said it was offering 37.5 million American Depository Shares with a float price range of $19-$22 per share. The company said it could offer up to 43.1 million shares if underwriters exercised an option.

Reuters, citing sources, reported that the initial public offering was ultimately priced at $24 per share and that the original offering raised about $900 million. That gave Qudian a market value of as much as $7.9 billion, according to Reuters, which said that would make it the largest U.S.-listing by a Chinese company this year.

The company provides short-term micro loans through its mobile app to China’s young workers who are looking for extra cash to be able to affords things like premium-priced apparel or concert tickets.

For example, a user can borrow about 400 yuan (about $60), with a loan period of one month, to buy a pair of sneakers. Loan periods could also be a week, three months or even six months.

Loans are almost instantly approved, Qudian claimed in a corporate video, because it uses data analytics to assess prospective borrowers. The company said it looks beyond traditional financial metrics and into a variety of social and behavioral attributes to assess a borrower’s ability to repay a debt.

Qudian is also backed by Alibaba affiliate Ant Financial, which is a principal shareholder in the company. (Approved loans are transferred into borrowers’ Ant Financial-managed Alipay accounts.)

The micro-lending company said it became profitable in 2016, when it posted net income of about $85 million on total revenue of $212.8 million. In the six months that ended June 30 of this year, revenue was $270.4 million and net income came at $143.6 million, according to Qudian.